Jaq Belcher’s work explores alternative states of consciousness, raising forms from single sheets of white paper. From a starting point onwards, the practice of mindfulness and concentration has many points at which it can deviate. The practice hones concentration and therefore the power of the mind through focus.

Belcher’s exploration of this idea began taking a visual direction when she was pondering the beauty of a single expanse of white paper. How can one add to such a simple and beautiful void? So, she began to do the opposite, taking away from it by slicing out shapes. The intersection of two circles and the point to line to point of simple geometric forms allows for the idea of taking from something as simple as a circle, and not adding to it; again, the process of taking from, not adding to. 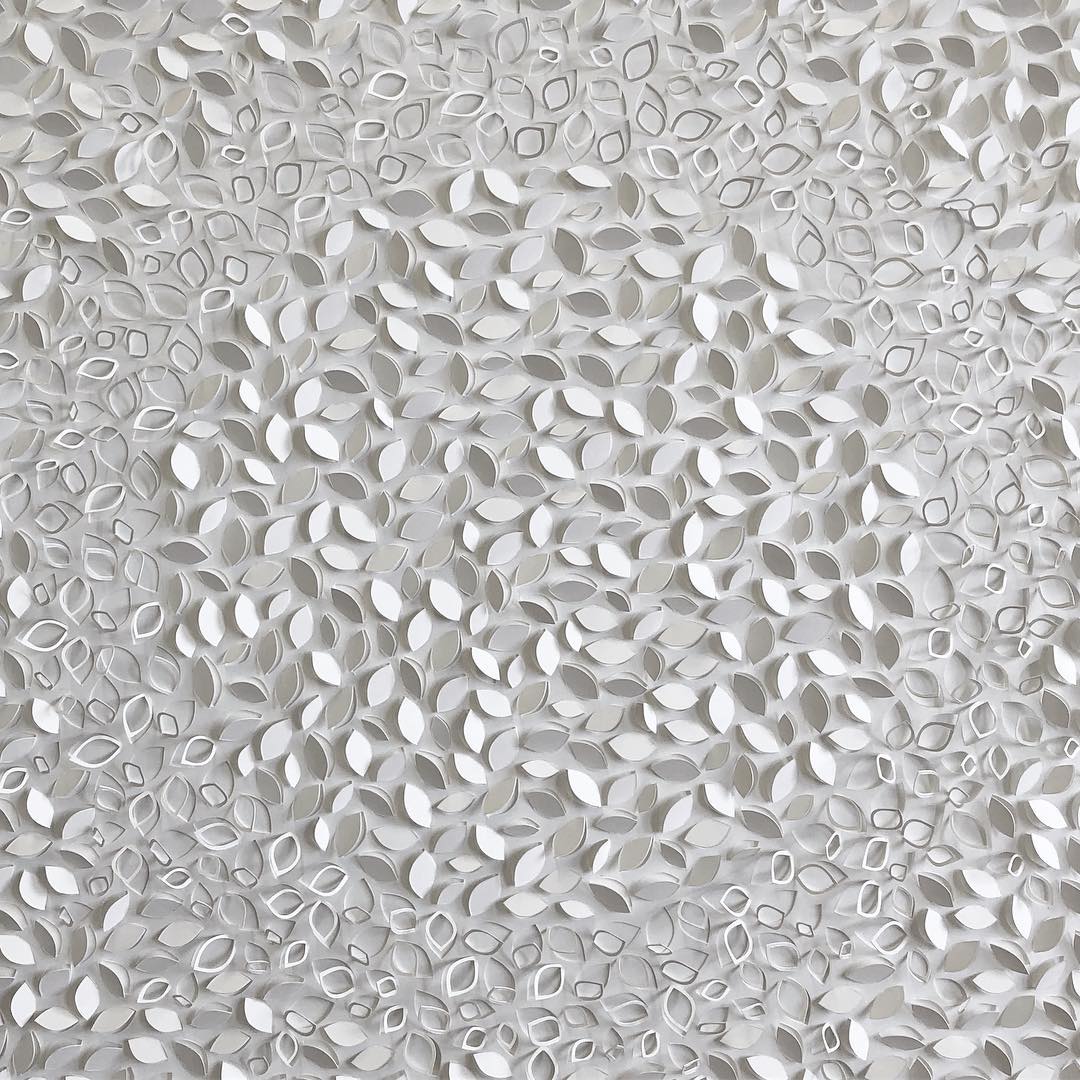